I remember sitting as a student in a lecture hall when our teacher began the lesson by stating that the magic limit of 400 parts per million (ppm) atmospheric carbon dioxide (CO2) had been reached. This happened for the first time in 2013, and by 2016 even the lowest value of the year was over 400 ppm. As these numbers lack any relation to the common life, there's some points of comparison from my family in second picture.

So, as you can see, the increase has been relatively rapid since the 1950s. Now, what is the cause of this increase? Of course, atmospheric CO2 concentration is a complex issue with many affecting factors, but one undeniable contributor to such a fast rise is human-made pollution

But why is atmospheric CO2 an issue? Because of the greenhouse effect: CO2 and other greenhouse gases in Earth’s atmosphere prevent heat from escaping to space. This, in turn, leads to global warming.

Climate change is real. The current emission levels are not sustainable, and action must be taken before things spiral out of control. There are no silver bullets for this beast – instead, significant changes must be made on several fronts globally.

Let’s next dive a little further into this idea of reducing CO2 emissions. This means Carbon Capture, Utilisation, and Storage, or CCUS – also commonly known as CCS. It means capturing CO2 instead of emitting it and then either storing it indefinitely or using it in a way that will decrease overall emissions.

Carbon Capture and Storage (CCS) in a nutshell

There are many different ways to capture CO2, and it can be done in different stages of the process using different methods. However, the most prevalent system at the moment is post-combustion amine absorption.

CO2 is captured because we don’t want it in our atmosphere. Now we have the question, what to do with it? As a crude simplification, we pump it deep underground in gas pockets covered by impermeable layers of caprock. If we don’t want to simply store the captured CO2, there are also different ways to use it industrially.

Carbon Capture and us

As is the case everywhere with emissions, measurements are important in carbon capture. And Gasmet has a long history with carbon capture measurements – our FTIR technology has been used in carbon capture research before I had even reached adulthood! The flexibility of our solutions has offered the opportunity to test different types of amines and detect any degradation products.

Future may be uncertain, but carbon capture will certainly be a part of it. Carbon capture will also be important as a transitory gateway – it allows us to negate fossil fuel emissions as we transfer into a low carbon world.

The writer is Gasmet’s Application Chemist, Veikko Halkosaari. His main tasks are to help our sales, distributors, and customers in their analytical challenges.

Gasmet Technologies Oy was referenced in the following research papers

The MGA-Prime-Q flue gas analyser from MRU is P-AMS certified according to DIN EN 15267-4. The certificate sets the standard for monito... 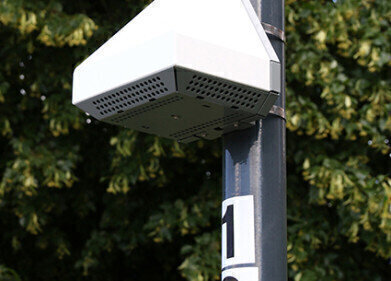 AQMesh is now being supplied and supported directly in the UK, as a positive step towards providing fast, direct manufacturer support. The UK-b...

AQMesh now supplied and supported direct in the UK