Is Water Pollution Getting Better or Worse?

Over recent decades, there have been an increasing number of headlines and column inches devoted to the issue of water pollution. As our awareness of the problem has grown, it may be logical to assume that initiatives have been undertaken to address it. But while some progress has made with regard to certain types and causes of water pollution, things have only gotten worse in other areas.

Even in a nation as forward-thinking, developed and prosperous as the UK, there are still significant obstacles to overcome. Below, we’ll take an in-depth look at the progress made to date, the issues which still require attention and how the state of play in the UK compares to fortunes further afield.

Over the last quarter of a century, the concentration of certain contaminants in our rivers, lakes and other waterways has dropped dramatically. For example, levels of ammonia and phosphate – both of which are key contributors to the issue of eutrophication – have fallen by 70% and 60%, respectively. Heavy metals have also become less prevalent in bodies of water, with concentrations of cadmium and mercury halved since 2008.

Biodiversity has also enjoyed a boost in the last few decades. There are now far more worms, insects and other small animals living in our rivers than there were in the 1990s, which is a general indication that water quality has improved. Coastal waters are also on the mend, with over 98% meeting minimum standards and over 70% achieving “Excellent” accreditation.

Backsliding in other areas

However, it’s not all plain sailing unfortunately. There are several other areas in which the problem of water pollution has actually become worse. For example, the water quality in our rivers is extremely poor, with just 14% meeting the criteria which denotes “good” ecological status at the last review in September 2021. Reported incidents of water pollution have also risen, from less than 6,500 in 2015 to nearly 7,600 in 2019.

Meanwhile, the worsening issue of climate change means that extreme weather events are becoming more commonplace and more intense. This means that storm overflows are being placed under greater stress than ever below, with sewage finding its way into local lakes, streams and rivers. In 2019, for instance, storm overflows in Britain spilled their contents into bodies of water an average of 35 times.

Of course, the UK is a relatively wealthy country with excellent sewerage and sanitation facilities in place. Not all parts of the planet are so lucky and it might shock you to learn that across the globe, 80% of wastewater is pumped back into the environment without being treated. That figure rises to 95% in the developing world.

This means that there have been a number of high-profile examples of water pollution that have made the mainstream media in recent years, signalling that however much progress has been made, the road ahead is still a long one. As such, our knowledge of water pollution may have expanded in recent times, but that doesn’t necessary mean the issue has gotten any better. 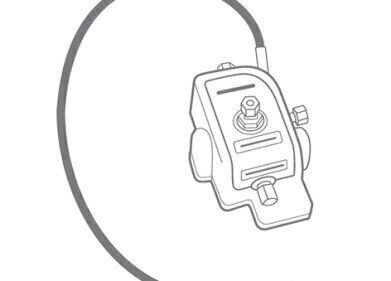