The new generation of particulate monitors

Poor air quality is still an issue in work environments across the globe, but it is of particular concern in underground mining, warns world-leading safety technology company, Trolex.

Dust inhalation poses a major health risk to mine workers, as inhaling dust – such as coal or silica dust – can seriously damage the lungs and airways, as well as causing irritation to the eyes, skin and respiratory tract. Prolonged exposure to dust inhalation can lead to chronic and even life-threatening diseases.

Although black lung disease is often thought of as a thing of the past, the Mine Safety and Health Administration (MSHA) has revealed that miners – particularly younger miners – are still being diagnosed with pneumoconiosis, an incurable but preventable illness caused by inhaling coal dust.

Silicosis, an untreatable lung disease caused by inhaling silica dust, which progressively scars the lungs, is also a major hazard to mine workers. Silica has been cited as a major contributing factor to the increase in black lung disease cases, as silica dust is 20 times more toxic than coal dust – and the latest mechanical methods of mining have been linked to creating an increased amount of silica dust.

Matthew Evans, Business Director for Particulate Monitoring at Trolex said: “Underground miners are at a high risk of dust exposure. During the mining process, vast amounts of dust can be created through mechanical disturbances such as drilling, excavating and blasting. And, of course, it’s in an enclosed space, so ventilation tends to be poorer.

“Mining safety has improved considerably in the past 50 years – canaries were still used to detect toxic gases up until the late 1980s – but mines are still some of the most hazardous working environments in the world. Employers should be focusing on not only mitigating immediate risks to their employees, but also looking at ways to protect their long-term health.”

The detection, monitoring and control of airborne particulates is a concern for health and safety professionals, due to the severe health implications it can have. The size of the particles determines where in the body it will be deposited and therefore what the effects will be – smaller particles can travel further into the respiratory system and penetrate the deepest parts of the lungs.

Trolex has been designing high-quality monitoring equipment for 60 years, created to use in the world’s most hazardous working environments. Its AIR XD Real-Time Dust Monitor uses lab-grade precision laser technology to continuously measure particles of multiple sizes, to improve air quality and protect workers’ health. Trolex recently introduced its IECEX certified model, which complies to the highest standards of health and safety.

Matthew continued: “Employers can’t afford to take chances on their employees’ safety in such a hazardous workplace as an underground mine – they need to know that they are using a particulate monitor that won’t let them down. The AIR XD is simple to deploy, install and configure and provides the real-time data necessary to protect people, processes and the environment.”

The new generation of particulate monitors

Trolex was referenced in the following research papers 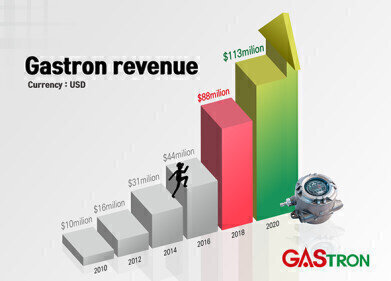 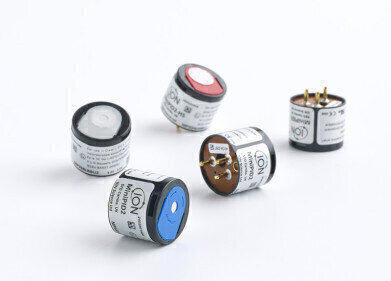