The importance of connected safety when dealing with hazardous gas concentrations

Electricity is becoming an increasingly important source of energy and for many applications lead-acid batteries are the means of choice. They are for example used to power forklifts or carts. Therefore, facilities often have charging areas where multiple heavy-duty lead acid batteries are recharged at the same time.

Gases produced or released by the batteries while they are being charged can be a significant safety concern, especially when the batteries are located or charged in an enclosed or poorly ventilated area.

Battery chemistry in a nutshell

When charged, lead-acid batteries consist of lead(IV) oxide (PbO2) at the positive pole and finely dispersed, porous lead (spongy lead) at the negative pole. 37-percent sulfuric acid (H2SO4) is used as the electrolyte.

Sulfuric acid contains sulphur, and hydrogen sulphide (H2S) is a possible by-product of over-charging and battery decomposition, but not the most common.

The gas to watch out for: H2

Much more likely by-products, especially in the case of overheating or overcharging, are hydrogen and sulphur dioxide. In fact, there is almost always at least a little H2 around in areas where lead batteries are being charged.

During charging, these batteries produce oxygen and hydrogen by the electrolysis. When a lead acid battery cell “blows” or becomes incapable of being charged properly, the amount of hydrogen produced can increase catastrophically:

Hydrogen is not toxic, but at high concentrations, it’s a highly explosive gas. The 100 % LEL concentration for hydrogen is 4.0 % by volume. At this concentration, all it takes is a source of ignition to cause an explosion.

The sensor type depends on the measuring range

The best way to detect hydrogen is with a standard catalytic LEL sensor or a substance specific electrochemical sensor.

For LEL range measurement, using a standard catalytic combustible gas (CC) sensor is a good approach. For situations where you need to take action at a lower concentration, using an electrochemical (EC) gas sensor might be a better approach. The typical range for an EC hydrogen sensor is 0 to 2000 ppm (= 0 to 5.0 % LEL or 0 to 0.2 vol%).

What about the sulfur compounds?

Sulfuric acid reacts with a number of metals and substances to produce SO2 as well as other “sulfur oxides” (SOx) such as SO3, SO4, S2O, etc. Many sulphur oxides have a pungent odor, but they are NOT H2S.

H2S is a reduced sulphide, not an oxide. When you have a spill, SO2 is generally the most common gaseous sulphur reaction by-product. Overcharging, especially if the battery is old, heavily corroded or damaged, can produce H2S.

Fixed gas detection transmitters like GfG’s CC22 ex or EC22 D are easy to install and economical to purchase and maintain. Therefore, the biggest risk is not knowing if and, if so, how much hydrogen is emitted.

Feel free to contact GfG anytime if you have question on how to protect your employees and facility from the hazards of hydrogen.

The importance of connected safety when dealing with hazardous gas concentrations 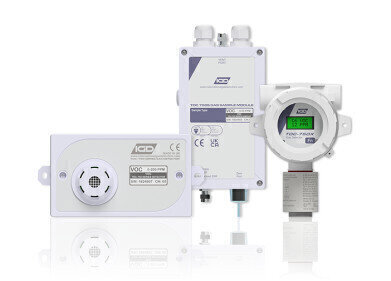 IGD’s new PID sensor provides 5 different detection range options and a range of detector heads, so it is the ideal tool for any VOC monitoring application...

New PID sensor takes VOC monitoring to the next level 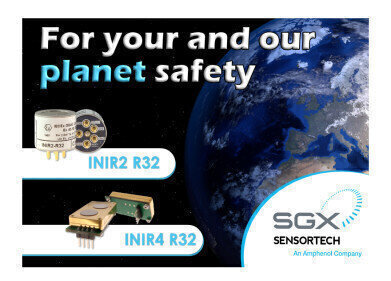 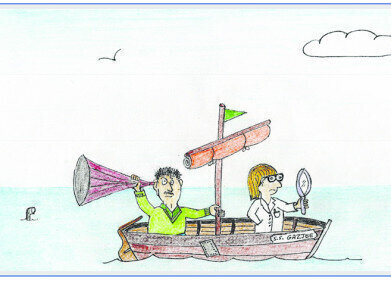