Environment in the 2010s - Climate

Increasing emissions of carbon dioxide (CO2) and other greenhouse gases (GHGs) over the last 10 years have resulted in accelerated global warming, with 2010-2019 projected to be the hottest decade since records began. This, despite the fact that world leaders from all over the globe met at the COP21 in 2015 to sign the Paris Climate Agreement.

Even though the signatories may have put their pen to paper with the best of intentions, concrete initiatives aimed at curbing emissions have not been forthcoming as fast as is required. As a result, climate change is a very real concern facing the population of planet Earth today. Here are some of the ways it has manifested itself over the last 10 years.

Perhaps the most obvious indicator of global warming can be seen in the thermometer. Not only is the past decade the warmest on record, but 2015-2019 also looks likely to be the hottest five-year period ever, too. This last year saw new national records set in Australia, Belgium, Germany, Luxembourg, the Netherlands and the UK, among others.

All that hot air translated into serious wildfires which ravaged across continents in the 2010s. Wildfire activity in South America was at its most intense in 2019 since 2010, with the decimation of the Amazon rainforest grabbing most of the headlines. But similarly violent fires in Australia and Europe indicate that the problem is not an isolated one.

With coal-fired power stations linked to extreme rainfall events, it’s little surprise that countries such as India and China (where coal remains a key power source) have suffered from some of the worst effects of flooding in the last 10 years. In one incident in India in 2013, 5,700 people were killed at one time. Monitoring has a key role to play in natural flood management, but such events are likely to continue.

Ironically, drought has plagued some parts of the world even as others have been inundated with an excess of water. California, in particular, suffered one of its longest droughts on record between 2011 and 2017, while other parts of North America, Brazil and China have also seen record low levels of rainfall in recent years.

At the extreme ends of the Earth, the elevated temperatures have had a dire effect on the polar ice caps. Indeed, one recent study concluded that the Arctic Sea ice will have completely melted by 2045, meaning there is just over 30 years of ice left. That could mean rising sea levels all around the world, which could have catastrophic consequences for low-lying island nations.

Beneath the waves, the Earth has also been hurting. Rising temperatures in the seas and oceans of the world have led to acidification of that underwater environment, endangering the lives of coral reefs in particular. A 2016 aerial survey revealed the worst coral bleaching ever seen on the Great Barrier Reef, and while Australia’s iconic tourist attraction is not beyond salvation, the situation looks grim.

The Team at AGT-PSG GmbH & Co. KG will position itself more strongly in the future: Since 1st of September Thorsten Reisinger was appointe... 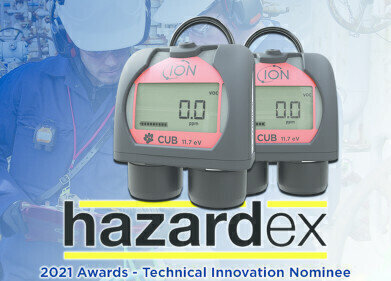 ION Science have recently picked up a new accolade for their highly successful Cub 11.7 eV personal solution. ION Science are delighted that their te... 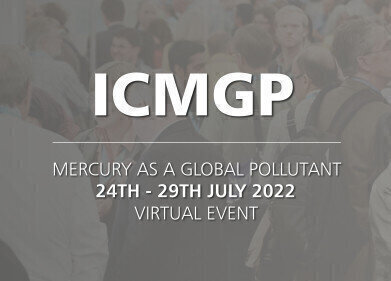 The Executive Committee of the 15th International Conference on Mercury as a Global Pollutant (ICMGP 2022) to be held in July 2022 is now accep...

Blackline Safety have recently partnered with Calgary Zoo in an agreement that will help protect wildlife, its environment and the dedicated sta...