What Are Biogenic Carbons?

With climate change, global warming and air monitoring increasingly important buzzwords on the lips of politicians, policymakers and environmental activists everywhere, the scientific community has been searching for new and innovative ways to reduce our carbon footprint. While many of these involve advanced technological solutions, some go back to basics – and biogenic carbon is one such avenue of research.

Those interested in a more comprehensive overview of the subject are advised to peruse the informative article Biogenic Carbon: Definition, Emissions, Storage & Measurement, which goes into more detail on the various aspects of the issue. However, this introductory blog will examine what biogenic carbons are, how they differ from non-biogenic carbons and the advantages they hold.

What are biogenic carbons?

The term “biogenic carbon” refers to the carbon which is sequestered by and stored in organic matter, such as plants, trees, grasses and soil. These organisms naturally absorb carbon as part of their life cycle, converting it into cellulose which helps them to grow and develop. In return, they release oxygen into the atmosphere, which is then inhaled by humans. The whole process is known as photosynthesis.

Of course, biogenic carbon is also capable of being emitted and released as well as sequestered and stored. This traditionally happens when the organic matter in question reaches the end of its life cycle. If left to its own devices, the carbon will leach from the decomposing matter over a period of years or longer. However, when the biomass is combusted (either in a biomass power station or as part of land-clearing and deforestation efforts), it is released far more quickly.

Meanwhile, non-biogenic carbons are those which are derived from non-organic matter. Generally speaking, the term is used to refer to fossil fuels in the main, since these are one of the chief sources of carbon emissions on the planet. Fossil fuels are formed over millions of years, as decomposed flora and fauna is compacted by layers of soil, dirt and sediment and, subject to intense heat and pressure, turns into oil, coal and gas.

Some 200 years ago, the human race discovered that combustion of these fuels generated significant amounts of energy. For that reason, they have become the driving force behind the heat we use to warm our homes, the petrol or diesel we use to power our cars and the electricity we use to light the world at night-time. Unfortunately, one side-effect of combusting non-biogenic carbons is the volume of CO2 they emit into the atmosphere.

What are the benefits of biogenic carbons?

Burning fossil fuels releases carbon in a matter of hours or days, after having taken millions of years to form. As such, this model of energy generation is not a sustainable one, since the delicate balance of carbon concentrations in our atmosphere is upset by the process. Nonetheless, the convenience of fossil fuels means we have come to rely on it for almost all aspects of our daily lives.

By contrast, biogenic carbons are an intrinsic part of the biogenic carbon cycle. Combusting them to create energy does not, in theory, entail the contribution of surplus carbon to the atmosphere, since the equivalent amount will eventually be absorbed by the organic matter which replaces the original feedstock over time. Of course, these benefits are dependent upon the replenishment of the organic matter upon its harvesting and combustion; deforestation, for instance, is an example of how biogenic carbons can have a negative impact upon the environment.

One of the most important and ground-breaking agreements to come out of COP26 - the UN’s summit on climate change which drew to a close this month -... 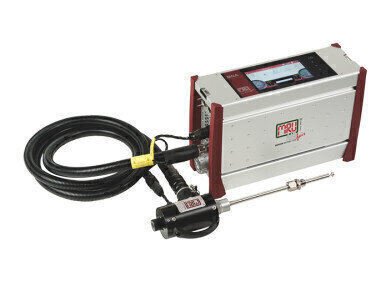 The MGA-Prime-Q flue gas analyser from MRU is P-AMS certified according to DIN EN 15267-4. The certificate sets the standard for monito...