Over recent years, the issues of climate change and global warming have become increasingly hot topics in the mainstream public consciousness. Indeed, later this month Glasgow will host COP26, as heads of state and climate scientists from all over the world gather in Scotland to discuss how to limit a rise in global temperatures to a maximum of 2°C and a preferred ceiling of 1.5°C.

The emission of greenhouse gases (GHGs) such as carbon dioxide and methane are among the chief contributing factors of climate change and global warming. Although some GHGs are more potent at retaining heat than carbon dioxide, CO2 is considered to be the most significant and damaging due to the sheer quantities of it that are released from anthropogenic activity, as well as the length of time that it is able to persist in the Earth’s atmosphere.

While methane is generally removed via chemical reaction over a period of 10-12 years, the majority of carbon normally endures for between 20 and 200 years. However, up to a third of carbon remains in our environment for several hundreds of thousands of years, only disappearing through gradual processes such as chemical weathering and rock erosion.

While the carbon emissions produced from manmade sources and anthropogenic activity are certainly a cause for concern, it should be remembered that carbon is a natural element of our Earth’s atmosphere and has its own natural cycle. Biogenic carbon is an inherent part of this cycle and is regarded as less damaging than non-biogenic carbon. But what is it, how does it differ from other types of carbon and why are scientists interested in it? Read on to find out.

What are biogenic carbons?

Biogenic carbons refer to all those which are stored in, sequestered by and emitted through organic matter. The most common biogenic feedstocks include trees, plants and soil, which absorb carbon as a natural part of their life cycle.

This process occurs during photosynthesis, when organic flora removes carbon from the atmosphere and deposits it into its leaves, roots, stems and other structural systems. The carbon is then converted into cellulose, which acts as the building blocks for the plant’s development. At the same time, oxygen is released back into the environment.

Photosynthesis is not only fundamental to all human life on the planet, but also a key cornerstone of the biogenic carbon cycle. Of course, this carbon is added to throughout the lifetime of the plant in question, but can be finally released after its death through decomposition or combustion.

By contrast, non-biogenic carbons are those that do not derive from organic matter. Most commonly, this refers to the carbon stored in fossil fuels, such as oil, coal and gas. Over millennia, these elements have been created by sequestering carbon and storing it deep beneath the Earth’s surface. However, fossil fuels are very popular sources of power generation, since combusting them releases huge amounts of energy that can be harnessed to heat homes, provide electricity and power transport.

Of course, the issue with fossil fuels is that while they have been the driving force behind the Industrial Revolution and continue to power most of our activities today, they entail significant carbon emissions in the process. Given that it would take millennia for that carbon to be reabsorbed into future fossil fuel sources, the model upon which the world currently operates is not a sustainable one. Growing awareness around this subject has led to an increase in air monitoring and greater emphasis on transitioning towards renewables sources of energy generation.

Is carbon a cycle?

As you may have surmised from the points above, carbon does indeed enjoy a natural cycle on our planet. However, not all types of carbon are created equally, nor do they all belong to the same life cycle system.

For example, biogenic carbon operates on a much more rapid life cycle than its fossil fuel counterpart. According to the Intergovernmental Panel on Climate Change (IPCC), this “fast domain” not only includes vegetation and soil but also atmospheric and oceanic carbon, operates on a much quicker timeline. The biogenic carbon in plants, trees and other vegetation has a cycle of up to 100 years, while that stored in soil can last for up to half a millennium.

While that might not sound particularly fast in terms of human life, it pales in comparison to the life cycle of non-biogenic carbon, termed part of the “slow domain” by the IPCC. Carbon which is sequestered in fossil fuels can have a turnover time far in excess of 10,000 years, meaning that when it is combusted, it is far more difficult to replace.

What are biogenic carbon emissions?

As touched on previously, biogenic carbon emissions are those which are produced when the feedstock (i.e. the trees, plants, soil or other organic matter) reaches the end of its life cycle. This can happen naturally and over a period of a number of years or longer, if the flora simply dies and decomposes and the carbon is gradually released into the atmosphere.

However, it can also occur when the feedstock is combusted in biogas, biomass or other organic power stations. Similarly, emissions of biogenic carbon can also happen when land is cleared for agricultural or industrial purposes, especially in terms of deforestation. Given that forested areas offer immense potential for carbon storage, the swift depletion of global sites such as the Amazon Rainforest is alarming, to say the least.

What are the benefits of biogenic carbon?

As should be clear by now, biogenic carbon offers significant advantages over non-biogenic carbon in that its emissions remain part of the biogenic carbon cycle, rather than outside it. When fossil fuels are combusted, they are forcibly removed from the IPCC’s so-called “slow domain” into the “fast domain”, which can play havoc with the natural rhythms of the planet.

Although biomass does actually contain a higher concentration of carbon than its fossil fuel counterparts – due entirely to the chemical composition of trees, plants and soil in comparison to oil, coal and gas – it remains a preferable option overall. This is because while the use of biomass sources of energy might engender a higher volume of carbon emissions at the point of combustion, they will be offset by the carbon that is absorbed by the plants, trees and soil which replace them.

As such, biogenic CO2 is effectively carbon neutral, since it does not contribute more carbon to the atmosphere than that which it sequesters. However, the extremely long timelines involved in non-biogenic carbon emissions mean that fossil fuel combustion adds much larger amounts of carbon than that which the feedstocks remove, which is why environmental interest groups are pushing for a complete phase-out of all fossil fuels in the foreseeable future.

Of course, the benefits bestowed by biogenic carbons are contingent entirely upon the replenishment of the feedstocks in which they are stored. For example, deforestation and land-clearing efforts produce biogenic carbons, but these carry no advantages whatsoever, since the trees, plants and grasses which stored the carbon will not be regrown. In fact, these kind of biogenic carbon emissions are deeply troubling, since they disrupt the natural biogenic carbon cycle and interfere with CO2 concentrations in our atmosphere.

How are biogenic carbons measured?

Due to the significant timelines involved in even the “fast domain” (or the biogenic carbon cycle), it’s logical that scientists use carbon dating methods to accurately measure biogenic carbons. This allows them to determine what percentage of emissions in our environment have derived from biogenic sources and make calculations and prognoses accordingly.

Meanwhile, the aforementioned benefits that biogenic CO2 confers on the environment are also measured in terms of time. The European Commission’s International Reference Lifecycle Data (IRLD) handbook defines this as the volume of carbon that is removed from the atmosphere by the biogenic feedstock, measured against a non-variable factor of 100 years. For example, if a feedstock removed 1kg of carbon from the atmosphere for a period of 50 years before releasing it, it would be said to have a benefit of 0.5kg.

It’s this dilemma over the value of biomass versus fossil fuels which is at the heart of the debate over biogenic carbons. Even in sites where forests are being replanted after their felling and combustion, there are some quarters of the scientific community who argue that the timescales involved do not make biogenic carbons a carbon-neutral fuel source in the short or medium term.

That’s because while it takes just minutes or hours to burn a tree and release its carbon into the environment, it would take the tree’s replacement decades or even a whole century to remove the equivalent amount of CO2 from the atmosphere. As a result, biogenic CO2 emissions might be carbon neutral over a lengthy period of time, but they offer little help when the world is scrambling to find immediate solutions to its urgent problems.

Nonetheless, biogenic carbon certainly represents a more favourable course of action than fossil fuel combustion. While no one expects it to replace oil, gas and coal single-handedly, its deployment alongside other fuel sources such as wind, solar, wave and hydro, as well as nuclear, could pave the way to a cleaner and more sustainable tomorrow 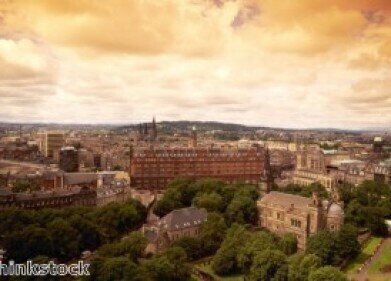 A recent survey of people who work in offices across the U.K. is categorical: without tackling air quality, employers may find it harder to find and to kee...

One of the most important and ground-breaking agreements to come out of COP26 - the UN’s summit on climate change which drew to a close this month -...