Is it Possible to Predict Algae Blooms?

Algae blooms are becoming an increasingly harmful bane on marine life and human society. Affecting both saltwater and freshwater, these damaging bacteria can cause respiratory problems for humans on nearby land, poison fish and other marine animals and even jeopardise human health if ingested. These blooms ebb and flow with the passing of the seasons, meaning that water treatment plants struggle to keep up with the size and toxicity of blooms as they constantly change.

The difficulty in predicting how algae blooms will develop lies in their variform nature. With a multitude of different blooms affecting different parts of the coastline and interior bodies of water - from blue-green cyanobacteria to red dinoflagellates Karenia brevis - algae blooms are tricky to pin down and even more difficult to anticipate. However, through a variety of monitoring techniques and modelling programmes, scientists are able to predict their movements to some degree.

Found all over the world, blue-green algae is not consumed by any other organism and as such, can simply grow and grow if left unchecked. As well as being present in the UK and Australia, it’s found in bodies of water in all 50 states of the US, most notably in Lake Erie, which is a source of drinking water for over 10 million Americans. It’s directly affected by agricultural runoff, which carries phosphorous into rivers and streams, which in turn take it to lakes, reservoirs and oceans.

In order to predict blue-green algae blooms, high-resolution monitoring of rivers is essential to maintain a comprehensive picture of how much phosphorous is entering Lake Erie several times a day. Shorter-term predictions can also be compiled using satellite imagery and wind forecasts to anticipate where blooms will appear within the lake itself.

When Karenia brevis are broken down by the crashing of the waves, they die and release brevetoxins, a type of neurotoxin which are hazardous to human health. The brevetoxins become airborne and infiltrate lungs and eyes, causing difficulty in breathing and irritation around the eyes. For those suffering from asthma or other respiratory conditions, the effects can be even more serious.

The problem is particularly troublesome on Florida’s coastline and in 2017, the state’s Mote Marine Laboratory and Aquarium developed HABScope, a programme to analyse and predict the blooming of red tides. After collecting samples of seawater three times a day off the coastline, the researchers record a short video of how the bacteria behaves under a microscope. They then feed this data into an AI modelling programme to determine where it is most likely to surface next.

Rod-shaped algae named Pseudo-nitzschia is commonly found in warm seawater and can be devastating if consumed via shellfish. The toxic acid secreted by the bacteria can induce memory loss and brain damage, even resulting in death in extreme cases. It regularly affects marine life (and by extension, the fisheries which operate there) off the western coast of the USA every year.

In order to minimise the detrimental effects of this harmful bacteria, scientists at Scripps Research have developed a public forecast programme called C-HARM. This uses a computer model which assimilates information about ocean temperature and salinity as well as chlorophyll patterns to predict where blooms are likely to occur. At present, collecting information about these waters is a time-consuming process, but the advent of drones is likely to make things easier in the near future. 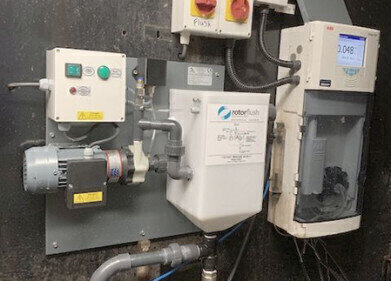 WWEM exhibitor, Rotorflush Filters Ltd is an award-winning manufacturer of highly effective self-cleaning intake filters for use in dirty and conta... 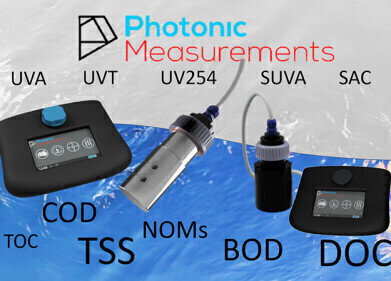 If so, visit Photonic Measurements’ virtual booth at WWEM and get to experience their:  Portable cuvette based system  Fixed installati... 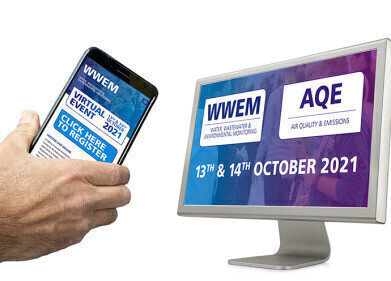 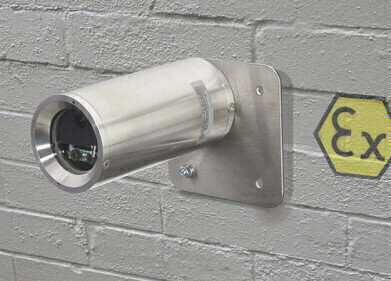 Meteor Communications has launched the MCE-MRC-EX camera, which is ATEX approved for use in Zone 1 & 2 hazardous areas. “Hundreds of our cameras are cur...