Mercury emitted into the atmosphere from stationary sources can enter the human food chain and cause permanent neurological damage in adults and cause developmental problems in the brain of young children. Adults can also experience circulatory failure, kidney damage and motor skills impairment from mercury exposure.

Since the 2017 ratification of the UNEP Minamata convention designating mercury as a global pollutant, member countries have been working towards implementing regulations to reduce the transportation, manufacture and release of mercury  emission into our environment, including but not limited to the monitoring of mercury  emissions from stationary sources from industry. Anthropogenic mercury emissions account for an estimated 30% of all global mercury  emissions, 60% from human manipulation of the environment and resulting in the release of previously captured mercury  emission deposited in water and soil, the remaining 10% coming from natural sources like volcanic eruptions. The top 3 anthropogenic sources of mercury emissions are Artisanal and small-scale mining, stationary combustion of coal and non-ferrous metals production. Cement production follows closely as the 4th major contributor to global mercury emissions.

The United States implemented their MATS regulations back in 2016 for the reporting of mercury  emissions from stationary sources, based on the US EPA developed Method 30B which set a primary standard sampling methodology for sampling mercury  emissions using sorbent trap technology.
Apex Instruments played a large role in the development of Method 30B and PS-12B, actively working with the EPA during the development, by providing sampling hardware for field trials on which Method 30B was developed. Europe is now about to require similar mercury emission reporting from stationary sources under the CEN/TS 17286 standard. This standard is like the US EPA Method 30B for which short term mercury  emissions sampling is performed. Method 30B is also designated by the US EPA as the primary standard to which all long term sampling equipment must be RATA (Relative Accuracy Test Audit) against, including sorbent trap systems following Performance Specification 12B and real time mercury CEMS following Performance Specification 12A. For these long-term sampling systems however, Europe takes a slightly different approach. Instead of testing the full-time sampling system in the field, side by side against the primary standard testing method 30B for accuracy, European standard EN 13211 allows for the real time monitor to be certified in the manufacturers laboratory for accuracy prior to installation in the field.

Many emissions sources will only require periodic sampling and reporting of their mercury emissions via CEN/TS 17286, provided they can prove that their emission rate is relatively low.

The sampling of mercury emissions using sorbent trap methodology is fairly new to many European environmental service providers, and as a result Apex Instruments and their European distribution partner DRM Technic are looking to become a valuable supplier to European entities looking to sample mercury  emissions via CEN/TS 17286 and by sharing over 15 years of sorbent trap sampling experience.

DRM Technic was referenced in the following research papers 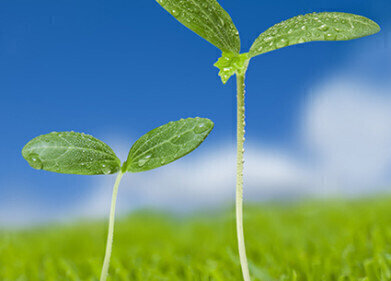 Lab personnel in food and environmental laboratories can reap the benefits of accelerated throughput and enhanced sensitivity to comply with ever-cha...