Inductively coupled plasma – optical emission spectrometry (ICP-OES) is a scientific technique of determining and quantifying the elemental components of a sample. As the rather cumbersome name of the method suggests, that outcome is achieved via the use of plasma (which is the fourth state of matter, after solid, liquid and gaseous) and a spectrometer.

ICP-OES has been used commercially across the globe for almost half a century and has proven to be a highly popular method of sample analysis, largely due to its high throughput, multi-element analytical capabilities and the reliability of the results it produces. Over the years, the instrumentation employed to conduct ICP-OES has evolved and improved due to the demand for faster processing times and more robust properties of the technique.

How does ICP-OES work?

ICP-OES works by first using a peristaltic pump to conduct the sample through a nebuliser and into a spray chamber. After being converted into an aerosol, it is fed into an argon plasma via the use of a cooled induction coil, which induces an alternating magnetic field and sends accelerated electrons into a circular trajectory. The collision of the electrons with the argon atom causes ionisation, producing the plasma.

At this point, the plasma is incredibly hot, reaching up to 10,000 Kelvin during the induction zone. The electrons absorb some of this thermal energy and become excited, releasing light energy (or photons) as they return to their normal state. The spectrums of these photons are measured by a spectrometer, which is capable of identifying elements based upon their individual spectrum and assigning them a value.

What instrumentation is used for ICP-OES?

First developed for commercial deployment in 1974, ICP-OES has been in use for several decades now. Over that time, the instrumentation associated with it has advanced significantly. Today, the iCAP PRO Series is one of the market leading brands in ICP-OES apparatus, with several novel additions that make the equipment more robust and reliable for users.

In particular, the iCAP PRO Series uses a vertical torch design and an inner torch box for optimal performance, greater stability and enhanced ease of maintenance, while the mirror protection reduces the need to perform upkeep upon it. For more information on the merits of this particular series, check out the article Demonstrating stable analysis with the Thermo Scientific iCAP PRO Series ICP-OES.

What is ICP-OES used for?

The technique of ICP-OES is employed in a wide variety of industries for a number of different applications. For example, it is commonly used in the oil extraction and refinery sectors to analyse oil samples for impurities in the commodity. Among others, ICP-OES can be used to detect the presence of elements such as arsenic, cadmium, lead, mercury, phosphorous and silicium, all of which can be detrimental to the oil’s quality.

Meanwhile, ICP-OES is also effective at scanning for the presence of those metals (and other elements) in drinking water supplies. Given that water is such an urgent and in-demand resource for everyone all over the world, analysing it to ensure it is free from dangerous chemicals, metals and toxins is an important function which ICP-OES performs admirably. 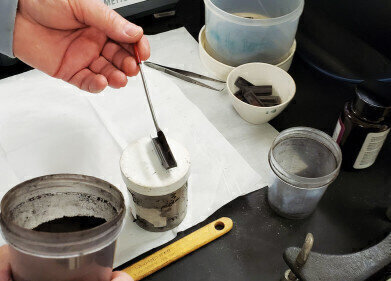