Find out more from Airthings

Clean Air Day, is a nationwide awareness day to increase people’s understanding of air pollution, its effects on both climate change and public health and what needs to be done to reduce it. The World Health Organisation and UK Government recognise that air pollution is a major public health risk and poses the single greatest environmental risk to human health.

Now, a year later, Airthings has completed more analysis to learn if poor indoor air quality persisted into the rest of 2020.

CO2 is a greenhouse gas that is natural and harmless in small quantities. Most commonly produced indoors by the air we exhale, CO2 levels build up indoors with more people, more time, and less ventilation in a room. It’s important to monitor indoor air quality as high concentrations of CO2 can cause restlessness, drowsiness, headaches, and more.

With the home environment now doubling as the work and school environments, healthy CO2 levels become important to job performance as high concentrations are directly correlated to low productivity and decreased cognitive abilities. In fact, studies show that as CO2 levels rise, people have a much harder time learning, performing simple and complex tasks, and making decisions. Good air quality improves productivity and can result in a 101% improvement in decision making. Fresh air will also aid in a better night’s sleep and in avoiding the “stale” air feeling which comes from increased levels of CO2. A good night’s sleep will help in increased productivity and focus the next day.

To decrease CO2 levels, improve the airflow throughout a home by opening windows or vents for 5 - 10 minutes, several times a day. Additionally, it is important to regularly replace air filters in indoor fan systems.

VOC levels in the UK, Europe and the United States over lockdowns
As shown in the image and on the live graph here levels of airborne chemicals [VOC’s] in Europe were higher than the recommended level for nearly the entire year; at its peak of 390ppb, airborne chemicals (VOCs) were 50% higher.

Airborne chemicals (VOCs) are a combination of gases and odours emitted from many different toxins and chemicals from everyday products and activities such as cooking and cleaning fumes, new furniture, paint and craft products, and more. In the short term, airborne chemicals (VOCs) can cause headaches and minor eye, nose, and throat irritations which can impede optimal performance when working from home. However, there are more serious long-term health effects such as liver and kidney damage.

Education on the importance of good indoor air quality is critical, allowing insight into air quality contaminants and the knowledge to take action with simple steps like opening a window or turning on a fan. This can dramatically impact and improve the air we breathe and therefore our comfort, mood and most importantly, our health.

Find out more from Airthings 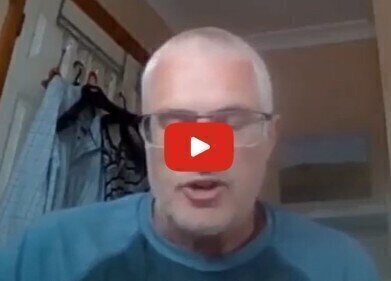