A Complete Guide to Water Pollution - Types, Causes and Effects

Variously known as aqua pura, Adam’s ale and the staff of life, water is the substance upon which all lifeforms on the planet depend for their survival. But despite the fact that over 70% of the Earth’s surface is covered by water, the rapid growth of the global population has placed an ever-greater strain on our supplies.

What’s more, our propensity for industrial activity – and our proclivity to not clean up after ourselves adequately – has contaminated reserves and depleted them even further. Indeed, water pollution is one of the biggest challenges facing the human race today. For those interested in expanding their knowledge on the subject, the following article will provide an introduction into all aspects of water pollution, including different types of contamination, the activities principally responsible for causing it and the tangible effects on human, plant, animal and environmental health.

What are the different types of water pollution?

Water pollution refers to the contamination of our rivers, lakes, reservoirs, streams, oceans and seas by foreign agents which have a negative impact upon its quality. However, this phenomenon can take many different forms depending on the body of water in question and the type of contaminant involved. Here’s a look at some of the major types of water pollution afflicting the world today:

What are the main causes of water pollution?

As you may have noted, the vast majority of the types of pollution listed above are entirely caused by (or at least exacerbated by) human activity. Of course, natural causes of water pollution do exist, such as volcanic ash or debris produced by forest fires. Nonetheless, mankind has made the issue significantly worse, with the following causes of water pollution among the most important:

What are the effects of water pollution on humans?

When water sources become contaminated, that makes them unfit for consumption by humans, exacerbating the issue of water scarcity. Meanwhile, the fact that around 70% of our freshwater reserves are used to cultivate crops means that food production is also compromised by poor water quality, as well.

If humans have no recourse but to drink polluted water, they will expose themselves to a dangerous cocktail of toxins. Toxins which carry diseases are called pathogens and, sadly, these are found in abundance in contaminated water sources all around the globe. When human populations are exposed to them and ingest the pathogens, they can contract a wide variety of diseases. These can include:

A less publicised side effect of water pollution on humans is the economic impact that it entails. Millions of pounds are devoted towards cleaning up contaminated water sources after accidents and spillages, while the public health cost of treating those who have contracted the above conditions is also significant.

What are the effects of water pollution on the environment?

It’s not just the human race which suffers when water sources become contaminated, either. In fact, the greater ramifications are likely to be experienced by the natural flora and fauna in the vicinity of the pollution. Here are some of the ways in which water pollution can negatively impact the environment it contaminates:

What can we do to reduce water pollution?

Although the situation is a serious one, it’s thankfully not beyond salvation. It will take a concerted effort from governments, businesses and individuals to reduce their negative impact on water quality so as to safeguard this most precious resource and mitigate our damaging effect on the planet.

In terms of governmental apparatus, stricter requirements on wastewater treatment must be instituted across the globe. Standards are certainly higher in more developed parts of the world, though more work must still be done to ensure that they are being adhered to. Meanwhile, those living in impoverished regions are most affected by water pollution and significant investment, alongside strong political will and excellent organisational skills, must be employed to introduce adequate drinking water and sanitation facilities for those who need them most.

At the business level, companies must begin to take responsibility for the pollution they generate. This means ensuring they follow all best-practice protocols and meet legal obligations, as well as implementing forward-thinking practices aimed at curbing water contamination. This could take a variety of forms depending on the industry in question, but moving away from fossil fuels in the energy industry, following green farming methods in the agricultural sector and introducing a corporate and social responsibility drive in all companies and corporations are just some of the ways the world of commerce can reduce water pollution.

Finally, each and every one of us has a role to play in ensuring we don’t make the issue any worse. Some concrete steps we can take include conserving water as much as possible, reducing our consumption of plastics, eating organic foods and reusing, repairing and recycling as much as we possibly can. 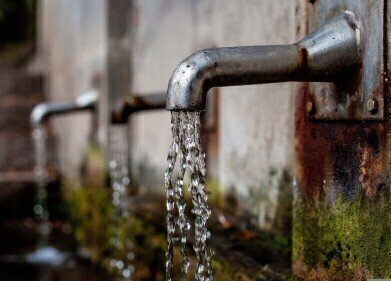 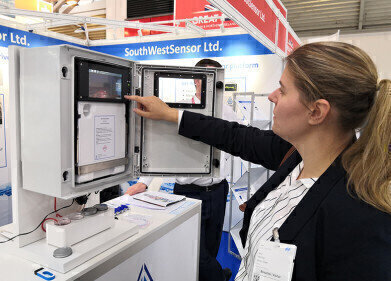 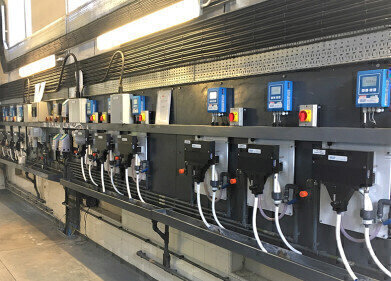