Although the human race depends upon water for its very survival, we have unfortunately not excelled at safeguarding this most precious of resources. Of course, pollution of our seas, oceans, rivers and lakes can occur via natural processes, but the proliferation of anthropogenic activity over the last 200 years has led to a rapid deterioration in the quality of water sources across the globe. As part of a wider series examining the issue of water pollution in the 21st century, we’ll take a closer look at some of the major sources of the phenomenon below.

Whether it’s extracting fossil fuels from the ground, processing heavy metals or manufacturing consumer goods, industrial processes can entail a lot of dirty work. Unfortunately, the waste produced by this sector is not always dealt with responsibly and can contaminate soil (ultimately leaching into groundwater) or surface water sources such as those mentioned above. This can lead to chemical, heavy metal and biological pollution of the water.

Today’s ballooning global population relies on the use of chemical additives in fertilisers, pesticides and herbicides to ensure there is enough food to feed everyone. Unfortunately, run-off from fields and crops can leach into waterways, causing an excess of nutrients such as ammonia and phosphorous. When this happens, it can lead to eutrophication of the water, instigating the rapid growth of algal blooms, which can deplete oxygen levels and block out sunlight, thus negatively impacting on other marine life.

Although we are currently in the process of weaning ourselves off our addiction to fossil fuels, oil and petrol are still major sources of the energy we need to light and power our homes and businesses. However, the extraction, distribution and storage of these commodities doesn’t always go to plan and spillages of oil and petrol into the sea or ocean can wreak havoc on the plants and animals which live there. Although major incidents only grab headlines once in a while, such spillages occur on a regular basis.

According to national and international legislation, all wastewater and sewage should be monitored, processed and treated to remove any harmful impurities from it before it is released back into the environment. However, a shocking report released by the UN in 2017 found that over 80% of the world’s wastewater is not treated before being released. In developing parts of the planet with little sanitary infrastructure, that figure could be as high as 95%. This has grave ramifications for the health of the impoverished people who live there.

One of the most lamentable water pollution causes is exactly what it sounds like – irresponsible disposal of waste. This can take the form of dumping unwanted liquids or solids while out at sea or simply throwing away rubbish without following proper disposal protocols. Eventually, these waste items can find their way into our waterways. For a brief insight into this issue, the fact that there are over five trillion tonnes of plastic in our oceans should illustrate just how serious a problem dumping is. 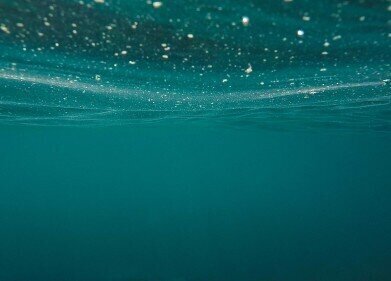