The Lynx range of WESTERMO (Sweden) Ethernet switches has been selected to manage the monitoring, control and supervision data of the Seine GrÃ©sillons SIAAP (Paris conurbation inter-departmental sanitation agency) plant in Yvelines, to the west of Paris. This is a wastewater treatment plant inaugurated in February 2007 capable of operating with a small number of personnel. The WESTERMO switches have made the difference, thanks to their performance in severe environments, their reliability and their recovery time of less than 20 ms.
The Seine GrÃ©sillons treatment plant is one of the most modern in the world. In the event of an alarm, the technicians can connect locally at any point of the network by wire or WiFi link to the same production management interface to obtain an initial diagnosis. The entire plant is managed by a redundant ring Ethernet network. All production data are fully archived and stored in real time.
At weekends the plant operates with on-call personnel only.

The Seine GrÃ©sillons treats effluents from 18 municipalities in Yvelines and Val dâ€™Oise, covering a population of more than 300,000, using the most advanced physicochemical and biological processes. Lead contractor for plant construction was STERAU, which selected ETDE for the electricity, automatic control and supervision work packages. The first construction phase was completed in October 2006, providing a treatment capacity of 1.16 m3/sec, or 100,000 m3 per day. Capacity will be increased to 300,000 m3/d in 2013.

One of the technologies employed is attached growth, in which effluents are treated by physicochemical lamellar settling followed by biological treatment in three biofiltration stages. The modularity of the biofiltration provides reliability and flexibility of operation, thus optimising reagent use.
The resulting sludges are dried, substantially reducing their volume. The plant does not emit any odour: all the steps in the process are contained hermetically, and the air is fully treated before being released odour-free.

Water treatment is among the most demanding processes. It requires real-time monitoring of a very large number of equipment units. The first part of the plant already involves over 4500 physical inputs/outputs and 25,000 variables, all handled on industrial Ethernet networks from the control room to the inputs/outputs. All plant management operations are controlled through a single production management interface, available both in the control room and to on-site operators. Procedures are guided and taken into account in real time over the entire operating system, making the reliability of the switches used of prime importance.

Determinism provided by layer 2 and 3 priority support enables use for real-time or voice over IP applications when latency times are critical and must be guaranteed. It is the only product on the market to feature such specifications at an extremely competitive price given its performance.

It can take several days to remove microplastics from water however, researchers from the Royal Melbourne Institute of Technology (RMIT) have developed an... 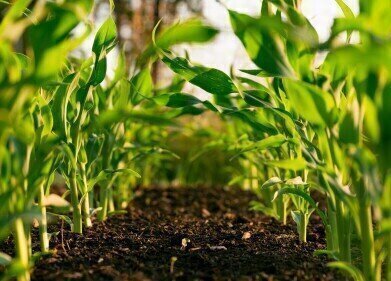 Incurring a range of different types of contamination through various causes and resulting in even more manifold effects, agriculture is one of the most poll...

5 Ways to Minimise Pollution From Agriculture