Intelligent Robot with IDS Camera Eliminates the Need for Herbicides

How to use an Intelligent Camera without Prior Knowledge

Fires in natural areas are getting out of control due to drought or wind, and the risk of danger to people, animals, nature and infrastructure is growing. But how can fires be detected and localised at an early stage in order to minimise or even avoid serious damage? With image processing and artificial intelligence, such challenges can be mastered. Instead of elaborately programming a solution, neural networks and deep learning algorithms teach an image processing system to see, recognise and verify objects – in this case smoke. Furthermore, AI enables a corresponding image processing system to draw conclusions from what it learns.
The French company Paratronic has taken up this issue. Within the scope of its field of activity of monitoring natural hazards, the solution provider has successfully devoted itself, among other things, to the development of an intelligent product for fire monitoring. The automatic forest fire detection system ADELIE (Alert Detection Localization of Forest Fires), whose key components are industrial image processing and artificial intelligence, has proven itself in practice. Four industrial cameras from IDS Imaging Development Systems GmbH are integrated into each system.
They permanently observe a specific forest area within a radius of up to 20 kilometers. Depending on the system, they need a maximum of two minutes to monitor a radius of 360 degrees. With the help of algorithms specially developed by Paratronic, the system is able to recognize and localize fire sources on the basis of the recorded images and to provide real-time information for appropriate options for action. ADELIE ensures efficient planning and control of the fire brigade to protect our living space and, last but not least, to protect buildings, power lines, telecommunication lines, road or rail infrastructure.
The ADELIE system is composed of at least two surveillance points that are networked together. Each surveillance point consists of two detection cameras and an additional camera that serves to eliminate doubts. Four Gigabit Ethernet cameras from IDS are integrated per ADELIE detection camera. Thus, a total of eight IDS cameras are used per surveillance point. These monitoring points allow 360° monitoring, with each azimuth visualized approximately every two minutes. Automatic monitoring of the observed natural area takes place around the clock, 24 hours a day, seven days a week.
The system is connected to a processing unit whose software contains artificial intelligence-based image processing algorithms. It registers, compares and analyses the images provided by the cameras. Long before a tree burns, smoke is released from the surrounding grass and scrub. By comparing the images and using taught-in features, the system detects the rising smoke. As soon as this smoke is visible from the monitoring point, ADELIE triggers an alarm. This phase is called automatic fire and forest fire detection. The operator on duty then controls the doubt-removal camera remotely and checks the type of detection. He locates the source of the fire on a map by means of triangulation and informs the control center, which initiates the fire-fighting measures. Continue reading the case study on the website of IDS Imaging Development Systems >>

Intelligent Robot with IDS Camera Eliminates the Need for Herbicides

How to use an Intelligent Camera without Prior Knowledge

Skalar manufacture a range of automated chemistry analysers for your water, wastewater and environmental analysis needs. The Skalar UK and Ireland team lo...

Following last year’s hugely successful virtual events, the organisers of AQE and WWEM are delighted to announce that the 2022 events will take place live...

With local councils in England being encouraged to apply for a share of a £7m grant scheme dedicated to ‘reduce the impact of air pollution on public heal... 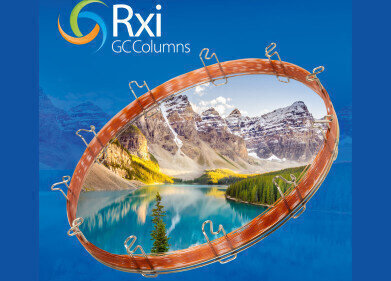