STAR-cc-OGSE, which stands for Spectroscopically Tuneable Absolute Radiometric, calibration and characterisation, Optical Ground Support Equipment, is a vital piece to the climate monitoring puzzle, conceived at NPL, to provide innovative solutions to the pre-flight calibration of satellite instruments. The facility provides a state-of-the-art solution to instrument calibration and characterisation, ensuring the needed performance is achieved while also minimising the time and effort involved in the pre-launch vacuum test environment. In essence the facility combines together in a single transportable package, the contents of NPL’s radiometric calibration capabilities which normally occupy three laboratories at the Teddington site.

The STAR facility is the result of a partnership between the Scottish Laser company M-squared lasers and NPL and whilst designed to meet the demanding needs of climate and environmental monitoring, its flexibility, comprehensiveness and ease of use makes it suitable for a wide range of applications.  These attributes make it possible to enhance the performance of missions previously thought prohibited to undertake such end to end calibration and characterisation, due to cost and complexity including the cube-sats of new space providers.

The STAR-cc-OGSE is fully traceable to NPL’s primary radiometric standard, the cryogenic radiometer, and can provide unprecedented uncertainties well below 0.5% across a wide spectral region. The first mission that will utilise the STAR-cc-OGSE is the CNES/UK microsatellite – MicroCarb, a mission designed to measure greenhouse gases.

This mission’s scientific objective is to monitor and characterise carbon dioxide (CO2) surface fluxes, that is the exchanges between the sources (natural or anthropogenic) and the sinks (the ocean, the land and the vegetation). CO2 is the greenhouse gas with the highest contribution to climate change. As its concentration in the atmosphere has increased, the mean temperature at Earth surface has increased by nearly 1 ÂºC in the last 100 years.  Although this may seem small, it is important to note this is the mean temperature and its continued increase is resulting in rising sea levels resulting in coastal and low-level land loss and is likely to lead to ever more unusual weather events.

Better knowledge of the flux in CO2 is needed to understand the annual cycle of vegetation and its response to meteorological anomalies. It is also important that terrestrial ecosystem carbon sinks and sources can be identified and quantified and how they evolve or change as a result of climate variation. The mission will also measure the links between carbon emissions and fossil fuel use.

NPL, as the UK’s National Metrology Institute is underpinning the measurements provided by Microcarb, providing traceability and confidence in the outputs of the mission – a vital tool in the UK’s efforts towards greenhouse gas monitoring.

The outputs that the MicroCarb and future missions such as the UK-led TRUTHS mission provide require robust calibration and this is the role of the state-of-the-art STAR-cc-OGSE facility, Dr Paul Green, Science Area Leader, Climate and Earth Observation, NPL, stated “being able to accurately quantify the global carbon cycle, the anthropogenic contribution to it and the response of the natural environment is crucial to international efforts to manage a sustainable planet. Missions like MicroCarb provide the data needed to understand these complex interactions and the efficacy of implemented policy. However, the data collected from orbit needs to be accurate and trustable which can only be assured by innovative facilities anchored to internationally recognised standards, the SI.”

Professor Nigel Fox, NPL Fellow, who conceived the TRUTHS mission said of this “the concepts embedded in the STAR facility were established more than three decades ago and have in part been exploited for some time in the US space sector. However, until recent innovations from a UK laser company it has not been possible to create a transportable turn-key facility such as STAR that can deliver SI-traceability at unprecedented accuracies in space representative environments at customer facilities.  It is also worth noting that the concepts in STAR are in essence those that will be built directly on-board the TRUTHS satellite allowing SI-Traceability in space.”

STAR-cc-OGSE was funded by the National Measurement System, an important part of the UK’s scientific infrastructure, which is responsible for stimulating good measurement practice and enabling UK business to make accurate and traceable measurements for the benefit of the nation, and in this case the globe in the fight against climate change. 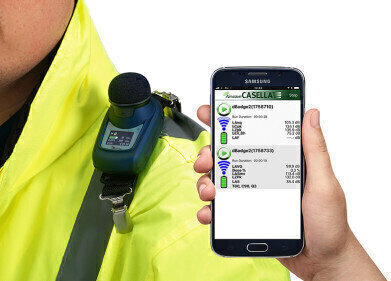