Recently, Westminster approved the country's first new deep coal mine in 30 years. After a lengthy and fiery public debate, Michael Gove, the Secretary for Leveling Up, gave the green light at the beginning of December, paving the way for an estimated £165m of investment, creating around 500 new jobs in the region and producing 2.8 million tonnes of coking coal annually. For the most part, the coal produced at the new Whitehaven plant will be used in steelmaking and will be exported – many domestic steel producers have rejected the use of the high-sulphur coal as surplus to their needs. However, it’s been estimated that the mine will produce approximately 400,000 tonnes of greenhouse gas emissions every single year, the same as putting another 200,000 cars on the road. And with the output being primarily for export, the overall footprint of the site will be even greater.

Unsurprisingly, the project has proven more than a little controversial since Cumbria County Council gave its approval to West Cumbria Mining, the company behind the plan, in October 2020. Largely, criticism has centred on the possibility that the mine will scupper the United Kingdom’s chances of meeting its targets. Currently, 2035 is the deadline for a massive reduction (78%) in greenhouse gas (GHG) emissions. According to the most current figures, the steel industry is responsible for 2.7% of national emissions. It’s not a huge proportion, but it’s all hands on deck; the Climate Change Committee has stated that if steel firms do not stop burning coal by 2035, they will need to use expensive technology to capture and bury the emissions underground. Sir David King, Founder and Chair of the UK's Climate Change Committee, has stated that the Cumbria coal mine "sends the wrong message" and that the UK needs to be "phasing out coal use, not opening new mines."

Some critics have emphasised that there are greener alternatives to coal for steel production, such as electric arc furnaces (EAFs) and green hydrogen. By using electricity to melt scrap steel, EAFs generate fewer emissions and contribute to circularity. Using hydrogen, though, has an even bigger impact, according to the Organisation for Economic Co-operation and Development (OECD)t, slashing emissions by 61%, producing 0.7 tonnes of CO2 per tonne of steel as opposed to coal’s 1.8 tonnes of carbon dioxide per tonne of steel to 0.7 tonnes. However, the International Energy Agency has warned that these technologies are not yet fully developed, urging governments to strengthen the market for "near-zero emissions steel."

Other countries are taking these less-travelled routes, too. Currently, 41% of European steel is produced using EAFs, while hydrogen is used in 10% of global production. But the UK (along with other major steel producers like China, India, Japan, and the US) continue to rely almost solely on coal in its steel industries. China, the largest producer of steel, produced over one billion tonnes of steel in 2021 – following the estimations of the OECD, this may have produced double the tonnage in carbon dioxide. However, agreements made at the COP26 climate talks demonstrated a commitment to moving away from fossil fuels: China has agreed to reduce steel production by 3% and expects that its use of coal in steelmaking to peak in just one year’s time. 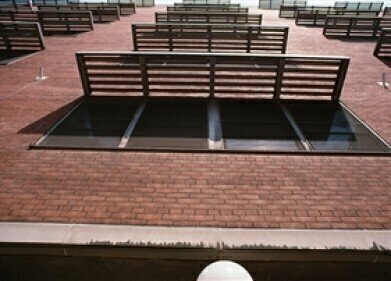