According to recent analysis by the Liberal Democrats, the Department for Environment, Food and Rural Affairs, or DEFRA, is facing a £500m real-terms cut, slashing its budget by 10% in the next two years. The devil, of course, is in the details; the report has been controversial in its drastic disagreement with the government’s own figures.

Indeed, the Autumn Statement not only says nothing about cutting DEFRA’s budget, but actually commits to an increase up until 2025. “The Autumn Statement confirmed,” explains a spokesperson for the Department, “that departmental budgets will be maintained at least in line with the budgets set at the 2021 spending review, which announced that DEFRA’s total budget will grow from £6.6bn to £7.1bn.” But there’s the kicker: total budget. They continue: “However, the Liberal Democrats’ analysis refers to day-to-day spending, which is being cut. When combined with the capital budget, DEFRA’s total spending in real terms is £6.6bn in 2022-23, rising to £7.1bn in 2023-24 and then dropping to £6.8bn in 2024-25.”

It’s official, then, that DEFRA’s day-to-day spending is taking a significant hit as part of the government’s savings drive – in fact, it’s often been a target for such schemes, having had a haircut of 33% back in the final budget-year of David Cameron's government, 2016-17. Since then, of course, DEFRA has become synonymous with ineptitude and failure, of which the recent announcement that the Department would be delaying air pollution targets is only the latest example.

For the most part, criticisms focus on DEFRA’s failure to rectify the crisis of water pollution that has resulted from poorly supervised sewage overflows – Welsh rivers, in particular, have suffered, especially the River Wye. To get a sense of the scale of the problem: in the past two years, water companies have dumped sewage into British waterways 775,568 times. When the durations of those overflows are all combined, these spillages lasted 5.7mn hours, which is, if you’re wondering, about 600 years. This is a tidal wave of sewage, and DEFRA are in dereliction of their duty as the regulator.

It’s mainly for this reason that the Liberal Democrats have highlighted the government’s stealthy cuts to DEFRA’s spending. The regulation of overflows is not, unsurprisingly, funded by capital budgets, such expenses necessarily fall under the category of day-to-day spending. As a result of these reductions, then, regulatory activities will be scaled back at precisely the moment when they need to be dramatically expanded.

It’s more bad news for the health of Britain’s rivers, then, but this chronic failure is producing significant public backlash against the Conservatives’ running of DEFRA. It will, in all likelihood, be an issue at the next election.

The waters of the North Atlantic gyre contain significantly greater quantities of plastic – composed of polymers arising from packaging, rope, and paint pa...

New study demonstrates how microplastic particles differ across the Atla... 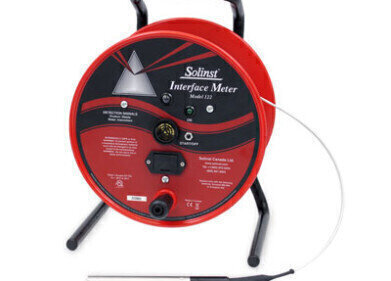