Handy Tips on How to Do Your Bit for the Environment

With environmentalists holding protests and conducting campaigns to raise awareness on climate change and other environmental issues all of the time, the state of our planet is becoming an increasing concern in today’s global consciousness. Eco news stories are regularly plastered across the front page of our newspapers and news channel run constant headlines about the latest disaster or issue. Even governments are beginning to confront the issue!

Of course, in all of this, it’s impossible not to know about the environment – but it’s easy to contract “bystander syndrome”. Expecting others to clean up the planet’s problems and put an end to climate change is a counterproductive stance to adopt – if everyone thought like that, nothing would ever be done to address the situation!

What’s required is a collective effort from the entire population of the world to address environmental issues – and that includes you.

On an individual basis, you can alter your daily habits slightly to make a big difference. Energy shortages are an increasing concern in the UK and beyond, so make sure you don’t waste power by turning off sockets when not in use, taking shorter showers and walking, cycling or taking the bus whenever possible.

The amount of waste generated by humans across the world is absolutely scandalous. Whilst scientists are hard at work developing new technologies to reuse materials that have traditionally been sent to the landfill, it’s also vital that every household in the world recycles plastics, metals, papers and other reusable material.

Without even getting into the ethical implications of eating animals, the amount of carbon monoxide released into the atmosphere from livestock is astounding. Furthermore, this cattle takes up valuable food and land resources which could be used for raising crops – reducing the amount of livestock reared in the world will do wonders for the atmosphere and the environment.

Whether it’s planting trees, caring for sick and injured animals or helping out with campaigns, whatever time you can spare is much appreciated by the charities, NGOs and other organisations which are dedicated to healing the world. One such volunteer project is DIY air monitoring, which uses the help of volunteers equipped with air monitors to keep a comprehensive record of the quality of air in and around cities, towns and villages.

There are plenty of charities and associations out there which desperately need the donations of good folks like yourself to continue their battle against climate change and to clean up the environment. Work out which sphere is most important to you – whether it be animal protection, carbon footprint control, flora and fauna conservation or water and air pollution – and then locate a charity which specialises in that area. Your money will be well spent.

While it’s imperative that individuals make a collective effort to change their habits, the farthest-reaching consequences will come from a shift in the policies of governments and big business. Let politicians, CEOs and chairmen know that you demand a greener tomorrow for future generations by getting involved in environmental protests, campaigns and rallies. Together, we are stronger.

New partnership to develop instrumentation and methods for rapid onsite...

Shimadzu have just appointed Jürgen Semmler as Managing Director of its European subsidiaries. Mr Semmler was until July 1st in charge of...

The most comprehensive study of the oil and gas industry’s performance against the Paris climate goals today shows that, without immediate and deci...

At current rates, oil and gas companies will prevent world from hittin... 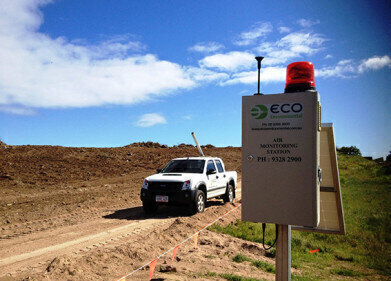 ECO Environmental have been servicing the environmental monitoring sector in Australia for more than 15 years and have sales and service locations in Pe...