Worldwide Standard in the Lab

Pesticides are widely considered crop protection products. For the general public, it is widely understood that such pesticides are used to combat blight on grape vines, to eradicate worms in apples and pears and cankers in cabbage. These substances are often applied directly to the plants/crops and this results in a certain amount of pesticide uptake into the crop itself.

Residues of medicinal drugs and similar products are often found in human excrement. Often, these medicines are also thoughtlessly discarded into water systems by the public. It is also known that antibiotics are added to animal feed products. Wastewater sewage sludge and animal dung are applied to fields as fertilisers, but until now it has not been clear if pesticides or medicinal products present in fertilisers are absorbed by plants and passed along the food chain.

Consumers desire uncontaminated, high quality food products, but the production of such crops, fruit and vegetables is not possible without the use of pesticides and fertilisers. Consequently it is necessary to inspect food in for possible residues. Food samples for testing are often temperature sensitive and this plays a major part during the preparation of the sample.

Tomato plants, for example, are treated with various pesticides, resulting in the sprayed chemicals coming into direct contact with the fruit, as well as the soil, which indirectly results in uptake into the plant.

Preparing tomatoes cryogenically for analytical purposes is possible with the Mortar Mill Pulverisette 2, following chopping the sample into small chunks and freezing it with liquid nitrogen. For this, Fritsch (Germany) has developed a stainless steel bowl for the mortar mill, which can be cooled with liquid nitrogen before and during comminution, resulting in fine particulate matter for analysis.

Worldwide Standard in the Lab

Fritsch GmbH was referenced in the following research papers 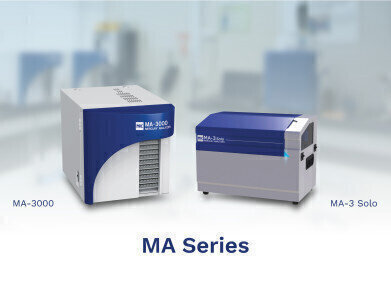 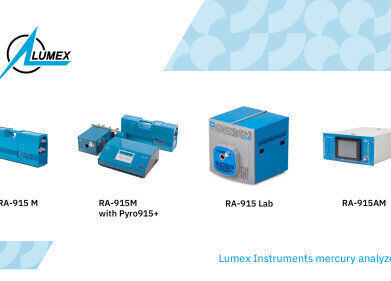 From the unique all-purpose RA-915M, to the fully-automated direct laboratory analyzer RA-915Lab and RA-915AM monitors, Lumex Instruments analyzers are capab...

Discover a Full Range of Solutions for Mercury Analysis