Where Is the UK's Most Eco-Friendly High Street?

Over recent years, there has been a rising environmental awareness among British consumers, leading to a growth in the number of cafes, stores and urban amenities catering to their tastes. For example, the number of restaurants offering vegan or vegetarian options has skyrocketed, with over half (51%) of chefs in the UK adding a vegan option to their menu in 2018.

But which of the hundreds of high streets in the UK are ahead of the curve when it comes to providing eco-friendly options for their citizens? According to recent analysis by utility comparison site Save On Energy, that title is reserved for a thoroughfare in Cambridge, which scored a cumulative points tally of 357. Meanwhile, the least eco-friendly street in the country is apparently found in Woking, which scored an abysmal 19 points.

Totting up the totals

Save On Energy arrived at their conclusions by attributing points based on a number of different facilities that are deemed to be environmentally beneficial for the citizens of the city or town in question. These points were calculated by the availability of the facilities within a 10-street radius of the high street and covered the following amenities:

Not all facilities were weighted equally. For example, environmentally friendly road transportation options and recycling centres were given a heavier score (+3) than health food stores (+1) in recognition of the greater impact that they have on the local and global environment. Meanwhile, negative points were awarded for the existence of undesirable elements, such as too many fast food outlets or high air pollution levels.

Top of the pile was St Andrews Street in Cambridge, which boasted the highest number of green spaces (64), as well as 82 restaurants serving vegan dishes (compared to 87 fast food outlets), 18 charity shops and six EV charging points. Second place went to Cardiff with 350 points, while York (339), Edinburgh (311) and Leeds (297) rounded out the top five.

At the other end of the table was Woking, which has just a single recycling centre and independent store, alongside only four charity shops. Meanwhile, the poor air quality ratings recorded in the town and the high number of fast food outlets compared to vegan eateries (60 of the former and just 20 of the latter) meant that Woking ended with a dismal tally of just 19 points, 338 behind Cambridge. Other underperforming high streets included those found in Warrington (22), Norwich (24), Swindon (25) and Wakefield (27).

Given that the recent crisis has forced urban areas into lockdown for much of 2020, the environmental implications of coronavirus should theoretically allow local councils to plan a more sustainable future as we embrace the “new normal”. Those looking to improve their eco-friendly profile would do well to take a leaf out of the books of Cambridge, Cardiff et al. 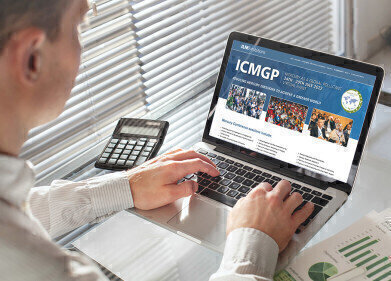 The Scientific Committee of ICMGP The 15th International Conference on Mercury as a Global Pollutant have announced a “Call for Papers”. The...

OTT HydroMet’s UK business has invested in two new positions to help meet the increase in demand in fighting climate change and the effects of severe w...

Radonova Laboratories has acquired GM Scientific Ltd. enabling them to expand their European presence by establishing a hub in Great Britain and Ireland....

VNU Asia Pacific in collaboration with Science and Technology Trade Association (STTA) and the Thailand Center of Excellence for Life Sciences (TCE...