How Do Sacrifice Zones in Chile Affect Air Quality?

One of the most important political issues animating the discussions surrounding Chile’s new constitution has been the nation’s ‘sacrifice zones’ - a group of five areas selected for rapid industrial development, often to the severe detriment of air and water quality. Indeed, many of those who took to the streets in 2019 to demand the drafting of a new constitution came from these polluted regions. In particular, protestors from the sacrifice zone were after improved air quality. At the time in the well-known sacrifice zone of Quintero, just over 20 school children had been hospitalised in order to treat sulphur dioxide poisoning; a year prior, around 1,300 Quinterans were admitted to local facilities with the same illness in the span of one month.

Although Chile ultimately rejected a draft constitution with provisions for new air quality regulations, it’s unlikely that this was a rejection of these provisions. In other words, residents of the sacrifice zones are unlikely to drop the issue of regulation any time soon. As such, understanding how air quality has been affected in Chile’s sacrifice zones will be useful to those professionals interested in the future of Chile’s air regulation.

In terms of air pollution in Chile’s sacrifice zones, the main offenders are volatile organic compounds, like nitrobenzene and toluene, and coal dust – both of which come directly or indirectly from the industries that these zones were established to promote. In general, the volatile organic compounds are produced by local chemical works and coal dust finds its way into the air during various combustion processes.

As a result, respiratory illnesses, like asthma, are disturbingly common in Chile’s sacrifice zones, as are all variety of allergies. It’s routine that school children are prohibited from playing outside during their lunch breaks. Indeed, most unfortunately, it’s school-age children bearing the brunt of this air pollution’s toxic effects; the stories of their suffering have been widely circulated for years. Harms education: In 2011, for instance, schoolteacher Gladys González told France24 that so many students at her school were falling ill as a result of inhaling large amounts of coal dust that the school had to remain closed for months. It would be years until new facilities were built and, in the meantime, González taught her students from a shipping container.

With poor air quality not only making large numbers of people ill, but disrupting the education of children, what can possibly account for the reluctance of the Chilean state to address this issue?

Change in the Air

Ever since the inception of the sacrifice zones, economic development has always taken priority over ecological integrity. And with the ascendancy of General Augusto Pinochet, deregulation became almost a state religion; in favour of strengthening the rights of those in possession of private property, Pinochet’s administration created a legal system with an inherent ignorance of environmental degradation. For instance, a new Mining Code in 1983 removed many of the restrictions on the leasing of Chilean mines to private companies, a deregulation that facilitated a short-termism that only accelerated environmental degradation. Similarly, such is the blissful ignorance of air regulation in Chile that whilst the World Health Organisation sets its daily maximum of sulphur dioxide exposure at 20µg/m3, Chilean regulators are content to maintain a maximum of 250µg/m3. And perhaps most shockingly, volatile organic compounds, like the gases that poisoned 20 school children in 2019, are not even acknowledged as pollutants by Chile’s current environmental framework!

Encouragingly, one could register an anger at this lack of regulation in this year’s draft constitution, most readily in a set of new provisions aimed at reversing these Pinochet-era protections. In a direct affront to the current legal infrastructure, the draft granted rights to nature, including the right to exist which cannot be impeded by any other right. These rights would require the Chilean state to fight all types of environmental degradation, including pollution. In addition, the draft explicitly grants the right to clean air and to a healthy environment, more broadly. In fact, the air is legally classified as a part of the Chilean commons which must be guaranteed in a viable form for future generations.

It was to be breath of fresh air for Chile’s environmental regulations. Alas, it wasn’t meant to be. Despite the success of Reject, however, there remains a vociferous desire for regulatory change in the sacrifice zones. It is no longer a question of if Chile will change its approach to air quality, but an unanswered question of what changes will be made.

For the latest in global environmental regulation, stay right here at EnvirotechOnline. 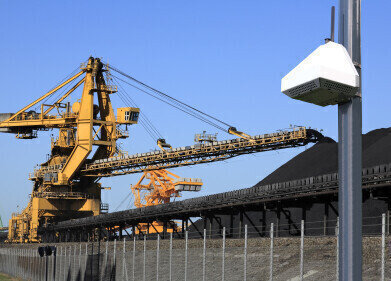 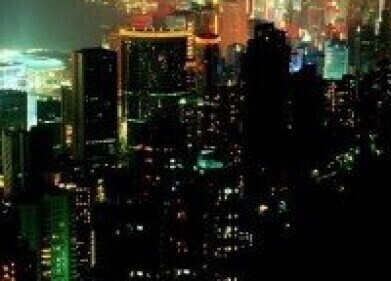